Stop the ministers from removing government safety assessments for GMOs 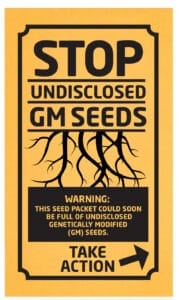 Summary: Despite the objections of over 105 groups and thousands of Canadians like you, Health Canada announced (May 18, 2022) that it will allow companies to sell some gene-edited foods without any government safety checks. Companies can now also sell these genetically engineered (genetically modified or GM) foods without telling the government about them. These regulatory exemptions apply to foods from gene-edited plants that have no foreign DNA (there is no DNA from other species incorporated). This decision to allow corporate self-regulation of these GM foods was approved by the Minister of Health, Jean-Yves Duclos. The Minister of Agriculture is now considering similar corporate self-regulation of new GM seeds. 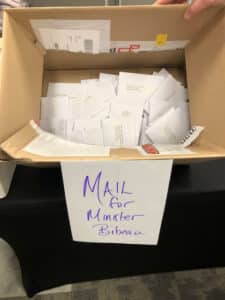 January 24, 2023: The president of the Canadian Food Inspection Agency (CFIA) has resigned. This follows media revelations that biotech industry lobby group CropLife Canada authored a CFIA document that proposes to exempt new genetically engineered seeds from regulation. In October, the National Farmers Union, CBAN and 13 other groups asked for the president to be replaced.

November 29, 2022: Hundreds of farmers in the Prairies and across the country have sent seed packets in the mail to the Minister of Agriculture and Agri-Food. CBAN also send the packet to every Member of Parliament. The seed packets carry a message of warning that the sale of undisclosed GM seeds would threaten the future of organic food and farming. Click here to send your seed packet message to the Minister.

The Minister of Agriculture and Agri-Food is now pledging to ensure transparency and traceability of all GMOs. The Minister of Agriculture and Agri-Food now says, “The integrity of the organic certifications must be guaranteed at the end of the work and that is a very clear directive that I gave to the [CFIA]” and, “Automatically, there must be one way or another to ensure traceability, transparency.”

In Canada, as of May 18, 2022, companies are now free to assess the safety of some of their own genetically engineered (genetically modified or GM) foods, without any government oversight.

Check the campaign library for all of our resources. 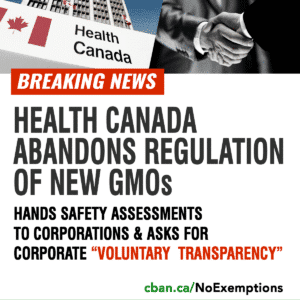 Consumer, environmental, and farmer groups across Canada are denouncing an announcement from Health Canada that will allow private companies to release many new genetically engineered (genetically modified or GM) foods without any government safety checks. The federal government will now allow product developers to assess the safety of many new gene-edited foods (those with no foreign DNA) with no role for Health Canada regulators. Health Canada’s new regulatory guidance will also limit the government’s powers to simply asking companies to voluntarily notify the government of new gene-edited foods coming to market.

Health Canada has announced the changes through a number of technical documents and webpages:

April 2022: Poll results show Canadians oppose by a margin of nearly 2 to 1 (46% to 24%) the proposals to let companies conduct their own safety assessments of some GM foods produced through gene editing (those with no foreign DNA) rather than require independent regulators at Health Canada to assess safety. Click here to access the details.

April 20, 2022 – Briefing for Members of Parliament on the proposals for regulatory guidance of genetically engineered foods and seeds. (Briefing in French) 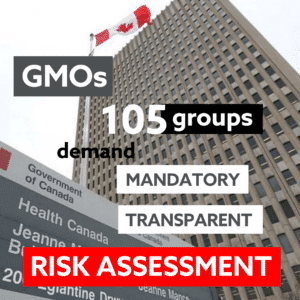 December 9, 2021 – Health Canada did not announce its new regulatory guidance on December 8th as anticipated. This announcement could come at anytime, however many people are calling or emailing the Minister of Health to object: Add your voice by filling out the letter form on this page to send your letter to the Minister.

November 17, 2021 – 105 groups send letter to the Ministers calling for transparency and government oversight of all genetically engineered foods. Click here to read the letter and see the signatures.

Health Canada and the Canadian Food Inspection Agency (CFIA) are proposing to exempt many new genetically engineered (genetically modified or GM) foods and seeds from regulation. If approved, the proposals would remove government oversight of many new genetically modified organisms (GMOs) produced through the new genetic engineering techniques of genome editing (also called gene editing), with no foreign DNA. Corporations would determine the safety of their own products. Take action to stop the release of unregulated, unidentified GMOs.

The government held public consultations March-September 2021. Your action is needed now more than ever: the departments could soon publish final proposals, if the Minister of Health and Minister of Agriculture and Agri-Food approve the changes. 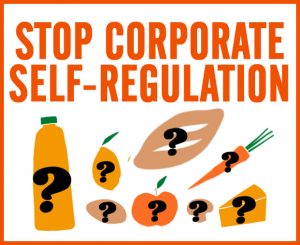 Health Canada’s public consultation closed: Proposal to exempt many new GM foods from regulation. Health Canada launched a public consultation (March 25 – May 24, 2021) on its proposal to remove government oversight for some genetically engineered foods, particularly those produced through the new genetic engineering techniques of genome editing (also called gene editing). These proposals would allow some GMOs (genetically modified organisms) into our food system without any government safety assessments – these would be unregulated GMOs that the government may not even know exist.

Health Canada and the Canadian Food Inspection Agency (CFIA) are proposing to exempt some genetically engineered (genetically modified or GM) foods and seeds from regulation.

If approved, the proposals would remove government oversight of many new genetically modified organisms (GMOs) produced through the new genetic engineering techniques of genome editing (also called gene editing), with no foreign DNA. These GMOs would be allowed into our food system without any government safety assessments – these would be unregulated GMOs that the government may not even know exist.

Government safety assessments already rely on confidential science submitted by product developers but, if these new proposals go ahead, Health Canada will not even check this corporate science. Allowing corporate self-regulation would be a significant move away from government oversight and review by independent government scientists. Multinational biotechnology and pesticide corporations and their lobby group CropLife Canada have asked for these changes because seed companies want easier, faster regulations for the new genetic engineering techniques of gene editing in particular.

The Canadian Food Inspection Agency proposes to exempt genetically engineered seeds that have no foreign DNA, many of which would be produced with the new genetic engineering techniques of genome editing (also called gene editing), from Part V of the Seeds Regulations.

Health Canada is proposing three changes – click here to consult our full Guide or keep reading for a summary:

If accepted, these changes would set a critical precedent to allow corporate self-regulation of foods produced by new technologies. In fact, Health Canada’s consultation is the beginning of a multi-year process to “modernize” regulation for all GMOs, including GM seeds and GM animals.

Why is it happening?

What is at stake?

All of CBAN’s reports and commentary documents on this issue are now posted in one place: Click here to access the campaign library.

Health Canada has two consultation documents that are also available upon request from the consultation webpage: 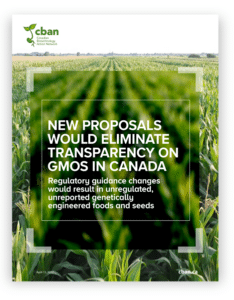 Information on GMO regulation in Canada: