How to Avoid Eating GM Salmon 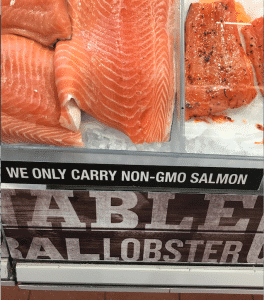 Picture taken at the seafood counter at a Farm Boy store in Ottawa, June 2018

If I want to avoid eating GM salmon, what salmon should I buy?

Contact us to let us know what they tell you.

Click here for more details and background on the GM salmon.