GM crops and foods on the market in Canada

Four genetically modified (GM or genetically engineered) crops are widely grown in Canada, and a fifth (GM alfalfa) was introduced in small amounts in 2016. As of 2020, Canada also produces GM salmon. 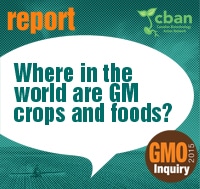 These GM crops mostly end up as processed food ingredients and animal feed. They are genetically engineered to be insect resistant and/or herbicide tolerant. For details on where these GM crops are planted, and how much, see CBAN’s GMO Inquiry report “Where in the world are GM crops and foods?”

7.  GM Apple (grown in Washington State)
8.  GM Papaya (from Hawaii)
9.  GM Squash (from the US: some varieties, including yellow crookneck squash)
10. GM Cottonseed Oil (grown in the US, China, India)
11. Milk ingredients and products from the US produced with the use of recombinant Bovine Growth Hormone 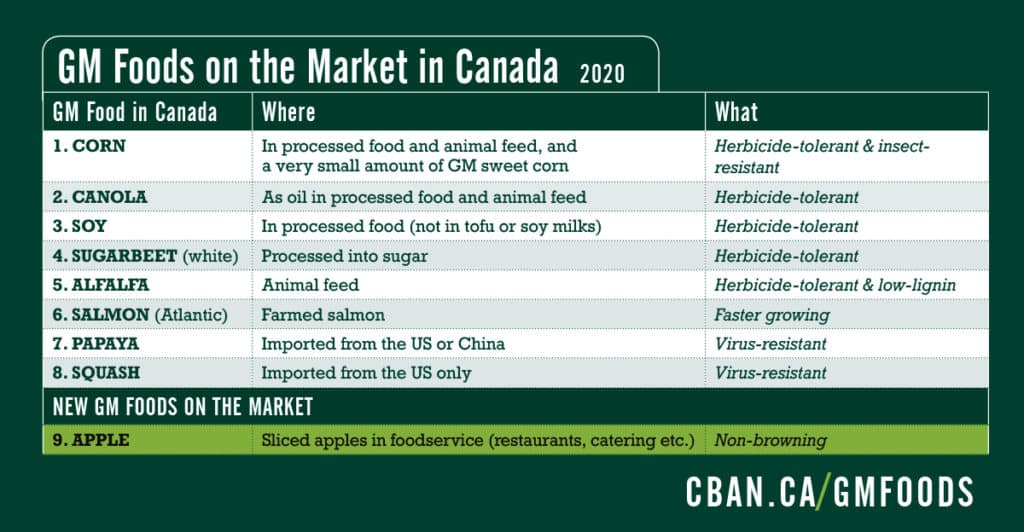 GM crops around the world

Most of the world’s GM crops are grown in just a few countries with highly industrialized, export-oriented agricultural sectors:

The only genetically modified crop grown in the European Union (EU) is Monsanto’s insect resistant (Bt) corn MON810 and, since 2016, it is only grown in Spain and Portugal (111,883 hectares in 2019). (ISAAA, 2020) EU countries import approximately GM animal feed, mostly GM soy, from North and South America.