A quantity of unlabelled genetically modified (GM or genetically engineered) salmon is due to enter the market in Jan/Feb 2021. The salmon could be sold in grocery stores, restaurants or catering. 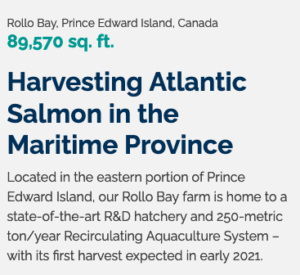 A few small shipments of GM salmon have been sold in Canada 2017-2019, from a small plant in Panama which is now closed. The first two “harvests” of GM salmon from North America are now due from the new on-land fish factories in Prince Edward Island and Indiana.

The company AquaBounty has genetically engineered Atlantic salmon to grow faster. The salmon has a growth hormone gene from Chinook salmon and genetic material from ocean pout (an eel-like creature). The company says its “AquAdvantage” salmon grow to market-size twice as fast as other farmed salmon.

If I want to avoid eating GM salmon, what salmon should I buy?