Almost 100% of all the white sugar beet grown in Canada – used for sugar processing (and some animal feed) – is now genetically modified (GM or genetically engineered). There are no GM red table beets on the market. 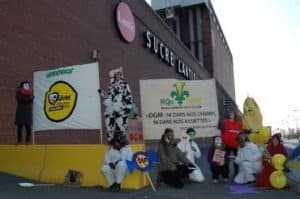 The sugar beet has been genetically modified to be resistant to Monsanto’s glyphosate-based herbicide Roundup. The GM trait is currently applied to white sugar beet that are grown for processing into sugar and it is not applied to red table beets.

Sugar beets are wind pollinated, and there is a possibility that pollen from GM sugar beets could contaminate non-GM sugar beets as well as chard, and red and yellow beets (or “table beets”). Read the concerns in CBAN’s letter to Lantic Inc.

Lantic Inc. (now owns Rogers Sugar) is the only company in Canada that processes sugar beet. GM sugar beets were first planted in Alberta in 2009 by farmers on contract to Lantic.

Don’t buy Rogers Sugar and Lantic brand sugar products. Instead you can buy: 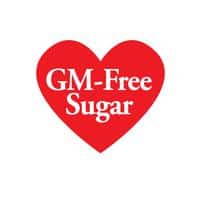 The company Atlantec BioEnergy plans to produce biofuels in Atlantic Canada from sugar beets or “energy beets.” However when, after public protest, the PEI government announced public consultations about the project, the company moved its plans to open a sugar beet biofuels plant to the TrentonWorks site in Pictou County, Nova Scotia by fall 2009. The company wants to convince Nova Scotia farmers to produce 6,070 hectares of sugar beets – these will likely be Monsanto’s GM sugar beets. This will create an entirely new market for Monsanto’s new GM sugar beet as Nova Scotia’s farmers do not currently grow sugar beet.

Approximately 10% of sugar that Lantic processes in Canada comes from sugar beet, and the rest from imported cane sugar.

“The success of the RR [Monsanto’s GE] sugar beet launch has positive implications for sugarcane, (80% of global sugar production is from cane) for which several biotech traits are at an advanced stage of development in several countries.”  – industry biased ISAAA (2008)