On February 9, 2011, students, farmers and consumers rallied at the University of Guelph in Ontario. Over 100 people braved -16C to say no to the genetically engineered pig developed at the university, called “Enviropig”. The final vote on Bill C-474 happened that day AND Members of Parliament were on the Guelph campus…See some great photos for inspiration. The Enviropig project was closed in April 2012 thanks to CBAN’s campaign and this grassroots resistance. 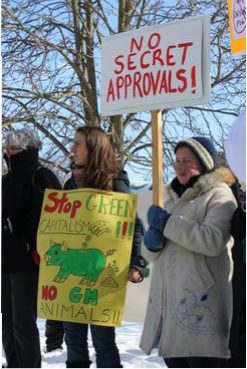 No Secret Approvals, No Green Capitalism 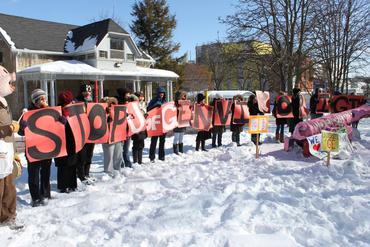 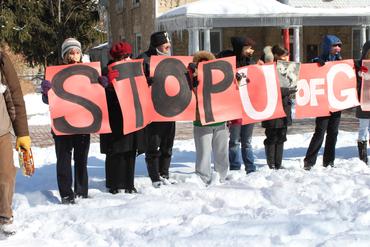 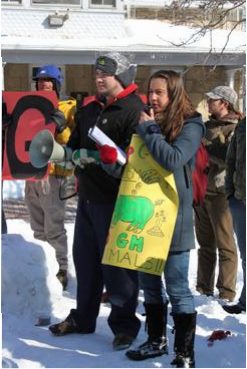 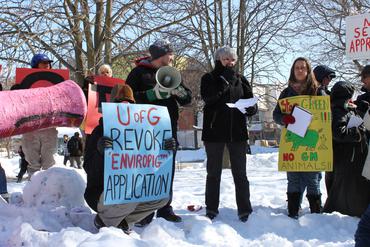 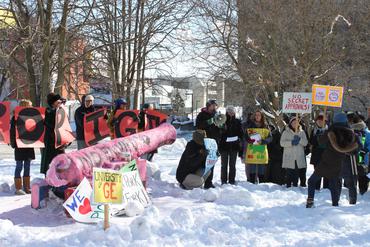 Rally at the Cannon 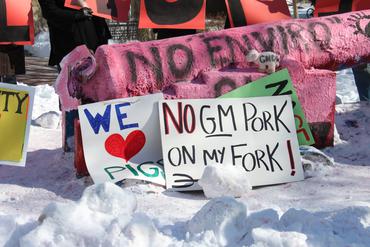 No GM Pork on My Fork! 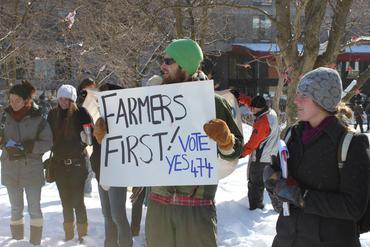 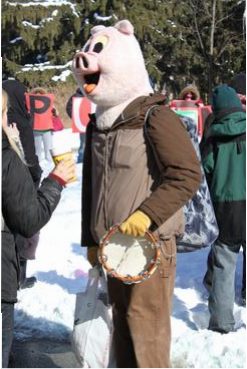 Man Pig on the Loose 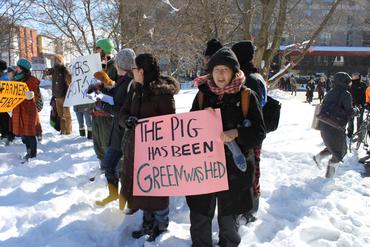 This Pig has been Greenwashed 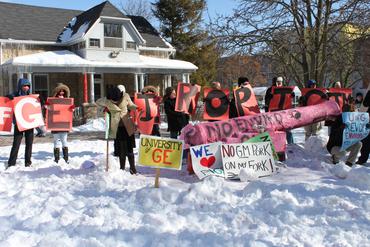 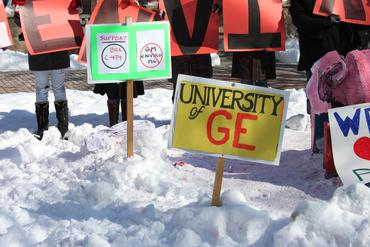 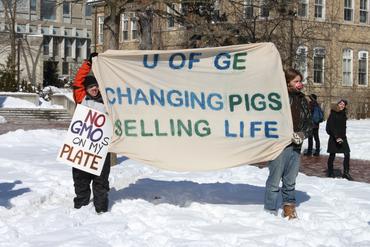 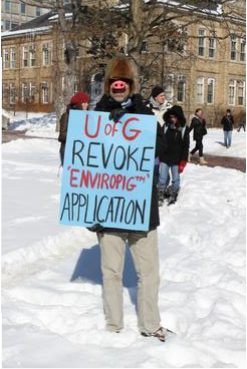 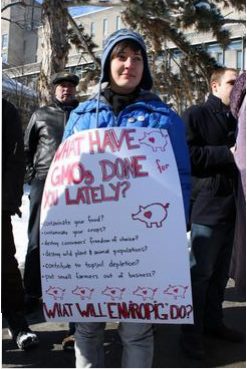 What Have GMO’s Done Lately? 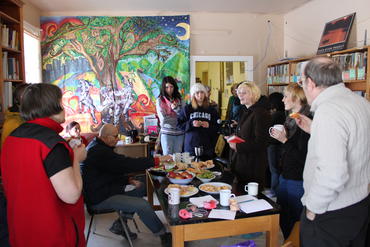