A small amount of sliced genetically modified (GM or genetically engineered) non-browning apples have been sold in Canada through an unnamed food service outlet. The GM apple is currently only sold in slices. 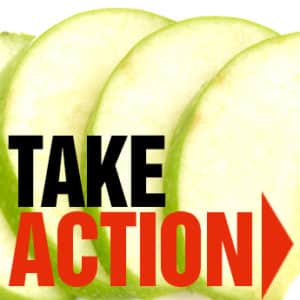 At least one foodservice company has sold pre-sliced GM apples into the Canadian market, and more could be sold at harvest time in 2020. This means that GM apple slices could be served, unlabelled, in university cafeterias, hotels and catering businesses, hospital and prison meals, restaurants, or through ready-made salads and fruit-trays in grocery stores.

Write to the head office of your grocery chain store

The genetically modified “Arctic” non-browning apple (Golden Delicious and Granny Smith) was approved in Canada in March 2015 and is also in the U.S. Health Canada also approved a GM “Arctic” Fuji variety in early 2018. It is genetically modified to keep from going brown after being cut, for 28 days. The company Okanagan Specialty Fruits says the GM apples “have more eye appeal: no yucky browning.”

69% of Canadians did not want the GM apple approved. Many groups fruit growers’ organizations in Canada were also opposed.

The technology was developed in Australia and licensed by the small BC company called Okanagan Specialty Fruits which was, until recently, owned by the US biotechnology company Intrexon but is now owned by Third Security.

The company has silenced a gene in the apple that controls browning by inserting modified apple DNA as well as genetic material from at least three different species:

Why is it Controversial?

“The GM apple risks the future of organic orchardists in BC, the markets for all BC apples, and the Okanagan’s reputation as a pristine fruit growing area.” – Letter from Okanagan groups to Okanagan Specialty Fruits August 13, 2012

July 2020: For the first time, some GM apple has been sold in Canada. The GM apple company Okanagan Specialty Fruits told CBAN that, “Arctic apples were sold on a very limited basis in Canada through a food service outlet.” In August 2019, the company planned to sell large bags of pre-sliced apples for use in foodservice and has a webpage dedicated to promoting the apple slices to the foodservice industry.

Press Release – May 26, 2014 – BC government refuses to carry out its promised review of the genetically engineered apple. This week Nicholas Simons, BC NDP agriculture critic, will present over 7,000 signatures gathered by the Society for a GE Free BC in 20 communities, calling for a moratorium on the GE apple. Simons also introduced two questions to the BC Legislature on May 12 asking for the review of the GE apple the government promised, with no response as yet.

Press Release – May 12, 2014: Grocers in BC say they will not sell the GM apple if it is approved for sale in Canada. Twenty retailers in the province have signed a no-GM apple commitment. The BC Fruit Growers Association does not support the GM apple, and over 69% of polled Canadians do not want it.

Summary: Teachers and students across Canada were invited to a live webinar on March 7, 2017 called “Trashing Food Waste with Technology” that is actually a promotion for the newly approved genetically modified apple. The webinar is part of ongoing public relations activities sponsored by the largest seed and pesticide companies in the world. The companies have organized a program called “Agriculture in the Classroom” which mixes education about farming with promotion of their products. The program is part of a larger national agri-food industry “social license” campaign to gain public trust in corporate agrochemicals and genetically modified products.

March 4, 2017: CBC reported: “Johanne Ross, executive director of Agriculture in the Classroom, said she thinks the coalition is misunderstanding the content of the live streamed webinar. She said the focus is reducing food waste to improve the environment and increase food availability. The focus is not genetically modified food or the Arctic Apple, Ross said. .” But 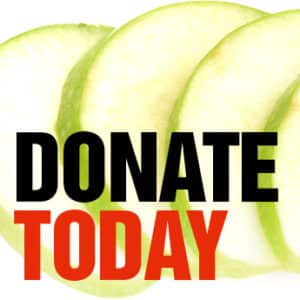